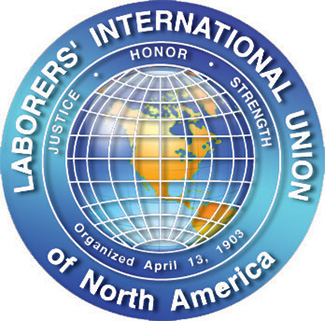 The men and women of LIUNA do the hard, dangerous and sometimes dirty work of building our countries.

LIUNA - the Laborers’ International Union of North America—is the most progressive, aggressive and fastest-growing union of construction workers, and one of the most diverse and effective unions representing public service employees.

LIUNA members are on the forefront of the construction industry – a sector that is a powerhouse of 12 million workers producing 5 percent of our countries’ economic output.

A half-million strong, we are united through collective bargaining agreements which help us earn family-supporting pay, good benefits and the opportunity for advancement and better lives.

Video:  We are the men and women of LIUNA - the Laborers' International Union of North America.

Born of strife and struggle, LIUNA members have been uniting for better lives since the 1836 when the first recognized Laborers union was established in Philadelphia. Hundreds of Laborers Local Unions existed across North America at the turn of the century but they were only admitted to the early AFL as "Federal Locals."

But in 1903, Samuel Gompers, President of the American Federation of Labor (AFL), sent out a convention call to independent local Laborers’ Unions, urging them to join together and establish an international union of construction laborers. On April 13, the International Hod Carriers and Building Laborers’ Union (IHC and BLC) was founded. The first convention, held in Washington, D.C., was attended by 25 delegates from 23 Local Unions in 17 cities, representing 8,186 Laborers. A Declaration of Principles was adopted during the first convention. The delegates elected Herman Lilien, a Belgian immigrant from Chicago Local Union 4, as General President. He served as General President until 1905.

The first Constitution was published in three languages: English, German and Italian.  The Charter application claimed jurisdiction over the following: